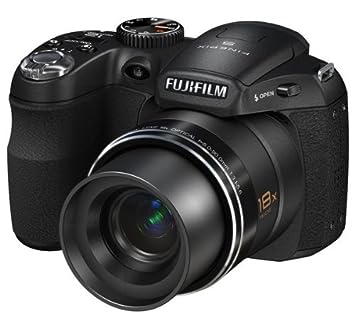 Auto can be capped at or There is an Auto mode, don't worry, which turns the Fujifilm S into a competent point-and-shoot camera with an 18x lens. Auto Scene Recognition mode can optimize the Fujifilm S's settings for several kinds of scenes automatically, a big help to the newcomer.

The mode selected is displayed with an icon when the Shutter button is displayed half way. If the Fujifilm S can't decide, it simply uses Auto.

Being able to distinguish between Portrait and Landscape is very helpful all by itself, but being able to slip into Macro mode when necessary is an increasingly common and very Fujifilm FinePix S1800 Camera addition. Probably most welcome, however, is Backlit mode.

It's one of the most common exposure problems you'll encounter. Auto Scene mode does enable face recognition, using the battery more quickly as focus is continually adjusted, but that's a good trade-off.

You can also manually select Fujifilm FinePix S1800 Camera scene setup you want, which includes a few more options harder to detect automatically. These are worth a little explanation. Natural Light turns off the flash, bumps up ISO and relies on the available natural light to capture the image. That's my favorite setting and is almost never seen on a digicam. Sure, you can leave it in Auto and turn of the flash in many cameras, but having a dedicated mode saves some fiddling with the controls.

So that's two shots for every shutter press.

This is very handy for backlit subjects where you can't decide it you want to help the light with the flash Fujifilm FinePix S1800 Camera not. Zoom Bracketing takes three shots for every shutter press, using different zoom settings. The current zoom setting is used for the first shot, which is taken at the Large image size.

The second shot is zoomed in 1. The third is zoomed in 2x and cropped to Small image size. So the lens position never Fujifilm FinePix S1800 Camera but the image processor crops the captured image. Two frames are shown in this mode to indicate what the crops will be.

You can switch between landscape and portrait orientation by pressing the Down key. You can't use digital zoom in this mode. 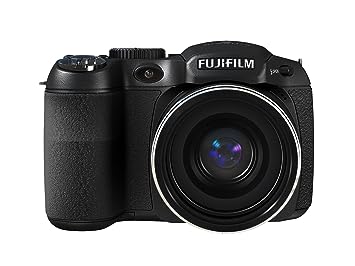 Smile holds the shutter until Intelligent Face Detection detects a smile. It's a self-timer for happiness.

The EV button lets you select a specific shutter speed.